“Wool is natural, sustainable, biodegradable and versatile but NZ’s coarse wool industry is in more dire trouble than ever – a situation a new three-year strategy hopes to change

That’s seriously flawed economics: a loss of up to $1 a kilo (or $160 a bale) for a product that was once the mainstay of the New Zealand economy. It’s lucky for farmers that sheep produce meat too.”

‘Floc wall panels use strong wool to eliminate common acoustic issues such as echoes and reverberation, which are
vital in open-plan offices and classrooms,’ Damien O’Connor said.

‘What’s more, the panels provide a sustainable and more environmentally friendly alternative to existing products, which are predominantly made from synthetic materials. These selling points will resonate in our export markets. ‘We’re excited for our sheep farmers to have a new high value, innovative product on the market made from strong wool. Innovations likes these will help them maximise their earning potential.’

To meet New Zealand’s strict building and fire code standards, T&R spent two years of development and refinement in which they came up with a brand-new, patent pending process to make the wool fire resistant up to Group 1-S. This is the highest classification achievable – without sacrificing its compostable, environmentally friendly characteristics.

“Burning Floc produces little heat, produces less smoke than synthetic fibres and results in a charred state where synthetics catch light and melt away from the flame.”

“I would have to say this is one of the most exciting innovations for NZ strong wool that I have seen in a long time.”

“They’ve nailed it and are now taking their product to market.”

The new product, Floc Panels, was launched in Wellington today.

The magic of wool in the built environment

Stephen McDougall, the founding director of Studio Pacific Architecture and registered architect for over 30 years, has long been a fierce advocate for the use of wool in architecture — so much so that he’s now a New Zealand ambassador for Campaign for Wool. And he says that, when it comes to construction, it’s a ‘magic product’.

“Once upon a time, strong wool was a moneymaker for New Zealand.

These days, though, it’s costing many farmers more to shear their strong wool sheep than they can get back for the wool itself.

So what happened to the market for strong wool? In short, synthetics. As Hadleigh Smith from The NZ Merino Company explains, plastics took over everything. Strong wool, which is warm, fire-resistant, water-repellent and naturally-sourced, was squeezed out by a cheaper counterpart. “After the glory days of the 50s and 60s, there was a boom in synthetic production, and that material has been used everywhere, from flooring through to fabrics and in clothing,” says Smith, whose role as market development manager for strong wool necessitates an intimate knowledge of its history.”

“The common narrative that underpins the value of woollen products is sustainability. In a world plagued by synthetic plastics, consumers and businesses have become increasingly keen to find an alternative.

In case you have been living under a rock, the 2.2 billion dollar textile trade represents the second largest industry polluter behind oil and gas, where by in 2050, it is predicted that there will be more plastic in our oceans by fish.

“Indoor air pollution is the primary cause of Sick Building Syndrome and the associated discomfort, ill health, and reduced productivity. Indoor air quality is a public health concern that is receiving increasing attention, in part, because people are spending a higher proportion of their time indoors. The problem is exacerbated by the tendency for new buildings to have air conditioning, which requires a semi-sealed environment to operate efficiently. This, in effect, traps the pollutants inside. Common indoor air pollutants associated with health hazards include formaldehyde, sulphur dioxide, and various oxides of nitrogen. Formaldehyde can be introduced to indoor air by emissions from certain building materials and furniture, while sulphur and nitrogen oxides are by-products of combustion processes (e.g. gas stoves and heaters).

Wool is composed of a diverse range of proteins and lipids, which impart a unique set of chemical and physical properties, including an ability to absorb indoor air pollutants. In addition to the established use of woo丨 in carpet, clothing and upholstery, the properties of wool mean that it is increasingly being utilised in technical products such as wool-based oil spill containment materials, filters for waste-streams containing heavy metals and air filters.”

“Research at WRONZ has confirmed that wool carpets play a significant role in reducing the levels of common indoor air contaminants. Consequently, there is potential for wool carpets to play an important role in controlling indoor air pollution, which has been cited as the primary cause of Sick Building Syndrome (SBS), resulting in reduced worker efficiency and increased instances of sickness and ill health among employees or other building occupants.”

“Wool is arguably the most sustainable, renewable, incredible super-fibre on the planet – yet over the years, we have let its inherent value slip away.” Tom O’Sullivan, The Campaign for Wool NZ.

The Campaign for Wool NZ have developed a strategy to be implemented over the next 12 to 18 months.  They are delighted to share this strategy and invite you to join the journey as we endeavour to bring wool back to the strong economic pillar it once was in New Zealand.

Wool has inherent natural properties that benefit the planet in so many ways. The planet is choking from waste plastic and man-made fibres that are being discarded in its oceans and the land every single day. In terms of consumer fibre choice there is still a disconnect as to what contributes to being man-made, synthetic or plastic – which are all oil-based products that do not biodegrade and have high environmental impact to the planet.

Sourced from Campaign for Wool. 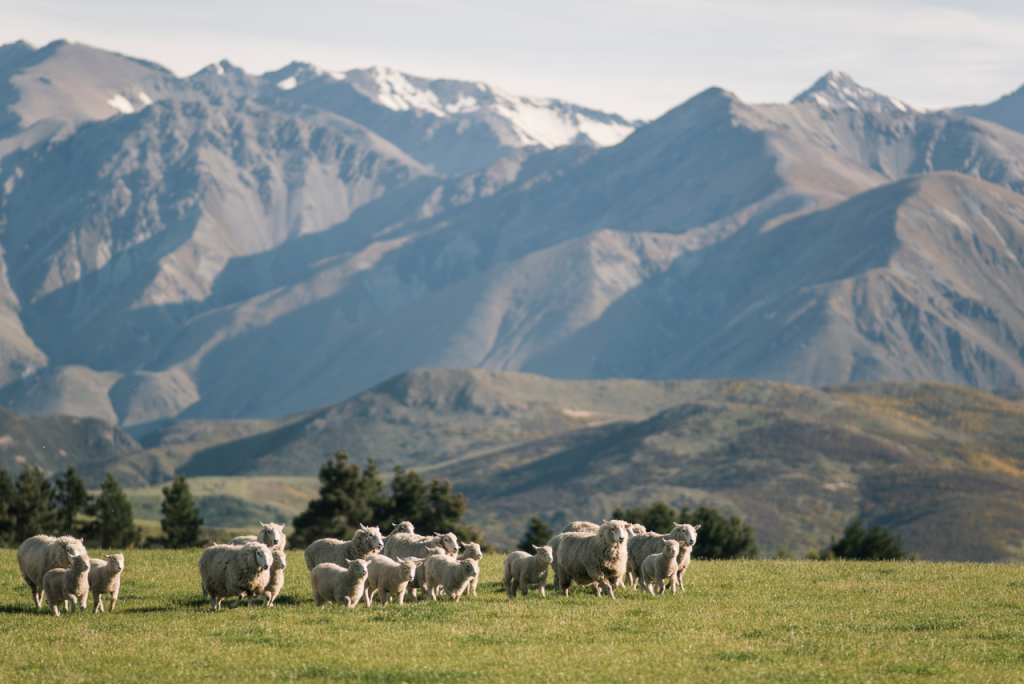 Keep up to date